Showing posts from May, 2021
Show All 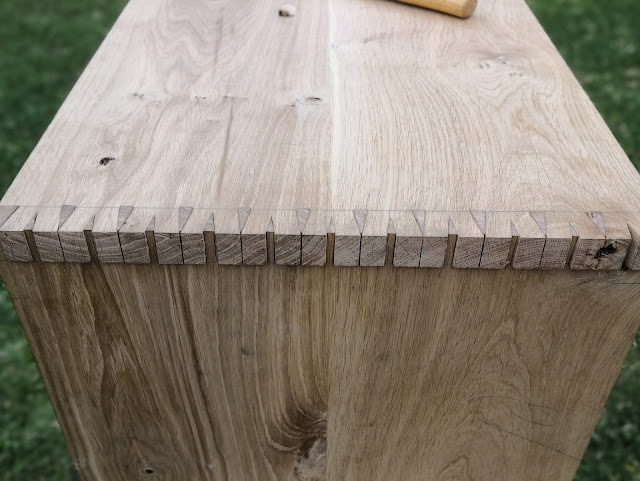 Some time ago, I made a dovetailed chest with the remainder of my brown oak. The chest was built (oddly) for myself, and was originally going to be my regular, bog standard dovetails. Since the chest was for myself, I decided to stray away from a regular dovetail. I mean, if I screwed them up who cares? As long as the chest was functional, it was only me that would see them. Ironically, I know it would have made my brain itch, if they where really bad. From start to finish, the dovetails were task intensive, meaning there was a lot of repetitive tasks, basically there was pretty much double of everything. The marking out, saw cuts and the time in general, to make these joints grew exponentially. This is not evident on a first glance of a joint like this, or at least not for me it's not. I'm usually in Orr for some time, admiring the joint, then I dissect the joint, and then, only sometimes, I'll consider the time it will take me to make the joint. So for me, I t
1 comment
Read more
More posts